Another Weekend Warriors free photo scavenger hunt has started! 15 clues will be live until the hunt ends on Sunday at 3 PM CST. Your photo will be either approved or rejected by our admin staff. Be sure to check the cumulative leaderboard so you can see how well you’re doing and remember that tiebreakers are based on the amount of time it takes your to finish all the clues! 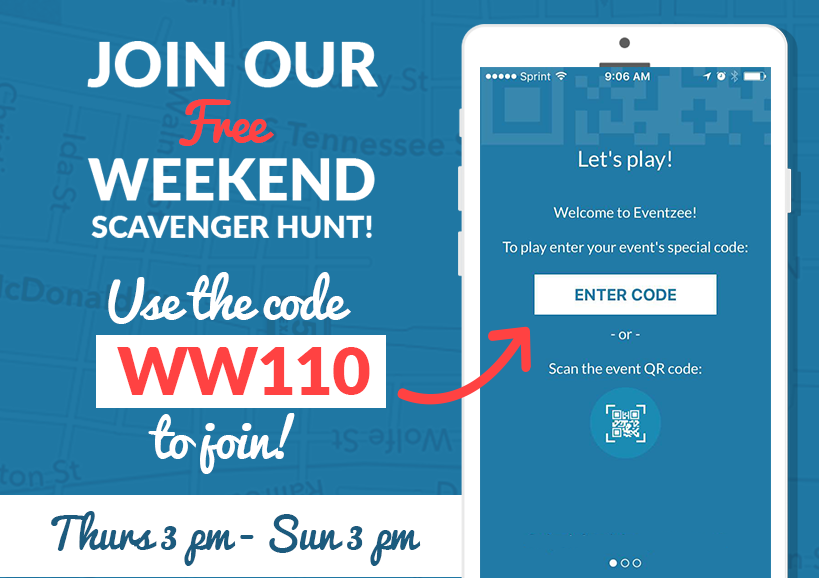 The more photos you submit, the more badges you’ll earn for a variety of achievements. To see the Eventzee Badge List CLICK HERE. To see if your photos have been added to the gallery visit www.eventzeeapp.com/gallery. Let the hunt begin!

We have released a new update which changes the ways you can join hunts, so just use the code “WW110” after you login.